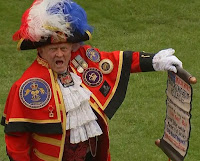 Let it be known that on this day, December 7, 2020, the ECHL did proclaim that the 2020-21 season with fifteen teams shall begin play on December 13, 2020! The ECHL made the announcement today that five games will kick off the 2020-21 campaign on Friday as the 33rd ECHL season begins with ten teams partaking in the action, three of whom will be crossing state lines to participate in this slate of games. With eleven teams already shuttering the season as stated yesterday, this proclamation to start the season seems unwise and rather unsafe when one considers everything happening in the world today.

The in-state games will see the Greenville Swamp Rabbits travel to Charleston, South Carolina to face the South Carolina Stingrays while the Jacksonville Icemen will head south of Fort Myers, Florida to play the Florida Everblades. While both in-state games seem a little risky with the coronavirus numbers in both states still fairly high, the fact that both teams are staying within their state borders makes this a better idea than the other three games that will happen on Friday night.

Those three games see the Kansas City Mavericks travel to Indianapolis, Indiana for a game against the Indy Fire, the Tulsa Oilers visiting Wichita, Kansas for their game against the Wichita Thunder, and the Utah Grizzlies heading east to Rapid City, South Dakota for date with the Rapid City Rush. If you’re counting, the Mavericks will cross two states before arriving in Indianapolis while Utah will cross one state before arriving in Rapid City.

As we know, the likelihood of contracting the virus increases through travel, and the CDC guidelines on domestic travel reads,

For domestic travel, CDC recommends travelers consider getting tested with a viral test 1-3 days before travel. Also consider getting tested 3-5 days after travel AND reducing non-essential activities for a full 7 days, even if you test negative. If you don’t get tested, consider reducing non-essential activities for 10 days after travel.

For the record, the ECHL has not made an announcement on the frequency of testing players and staff for coronavirus, and it was announced that the Everblades were tested just five days ago when they arrived for their shortened training camp. There has been no further discussions, it seems, on when players will be tested again and how often those tests will occur.

In a conversation with ESPN’s Greg Wyshynski, ECHL Commissioner Ryan Crelin told Wyshynski that positive tests are “an inevitability” with teams traveling and that the ECHL “has discussed swapping opponents for a weekend series if the road team can’t make the date”. If Crelin needs an example on how that’s working for leagues, he should look no further than the QMJHL whose season has been changed, altered, adjusted, and any other synonym you want to use for “not as designed”.

The Sherbrooke Phoenix have played a total of five games, losing all of them. The Blainville-Brisbois Armada have played eight games, and won all of them. The Halifax Mooseheads have played 16 games and trail the Armada by one point in the standings. Clearly, you can’t have a true season with teams playing different amounts of games, so the ECHL will need to figure out how to even out the schedules if teams are forced to miss games just as the QMJHL will.

“Part of who we are in our communities is the escape for people and the ability to provide entertainment and be a part of the healing process,” Crelin told Wyshynski in that interview, and it makes me cringe when I see sports commissioners using phrases like “healing process” when there are reports of hockey games being superspreader events for the virus. Seeing that instance in Florida would make me think twice about using the phrase “healing process” when talking about the benefits of live hockey, specifically due to having three ECHL teams in the state of Florida, in these times, but I’m not a hockey commissioner. I just watch from afar because I feel safer in doing so.

What happens if a player gets coronavirus and is unable to play due to lung damage? What happens if a fan contracts the virus while at a game and needs hospital care? At what point does the ECHL look at liability in these cases? While fans have the option of not attending, players don’t get that same benefit as they’re required by the league to play as scheduled. I’m wishing that none of them get sick, but, as Crelin stated above, it’s likely inevitable.

Whatever Crelin has planned for the ECHL this season, we’ll see what comes of it starting on Friday. Honestly, it seems like a gamble to put fifteen teams in harm’s way, but we’ll see five games on Friday followed by another five on Saturday as the ECHL season gets underway. I’d like to be excited for these games because I’m missing live hockey, but it just seems like this is being done because everyone is worried about sponsorships and corporate dollars when it comes to the long-term viability of the ECHL.

“I think it was certainly something that concerned us throughout the summer and continues to concern us as it relates to the mom-and-pops, whose industry could have just as much been catastrophically affected as our industry,” Crelin said. “So we get all of that. We realized that there will be sponsors that aren’t able to return, and you know, it’s something that we need to account for and have accounted for.

“But the alternative is not great, either — if you miss an entire season, trying to bring back your corporate support after taking an entire year off. While we certainly see the economy being affected and certain industries being hit harder than others, we didn’t want to lose the opportunity to try and put this season on to maintain our corporate support as a whole.”

While that’s a valid concern, I don’t think putting players in harm’s way is the right thing to be doing to justify that. Once again, it seems that the business of hockey has won the battle against the sport of hockey, and it’s a tough pill to swallow knowing that players will get sick because corporate dollars matter more. I’d like to be more supportive of the ECHL’s drive to have a 2020-21 season, but I can’t in knowing that some players may not finish the season as they sit at home with the virus plaguing their bodies.

There may be an ECHL season and we can all rejoice over watching live hockey, but the costs may outweigh the benefits this year. And that ain’t right with me.