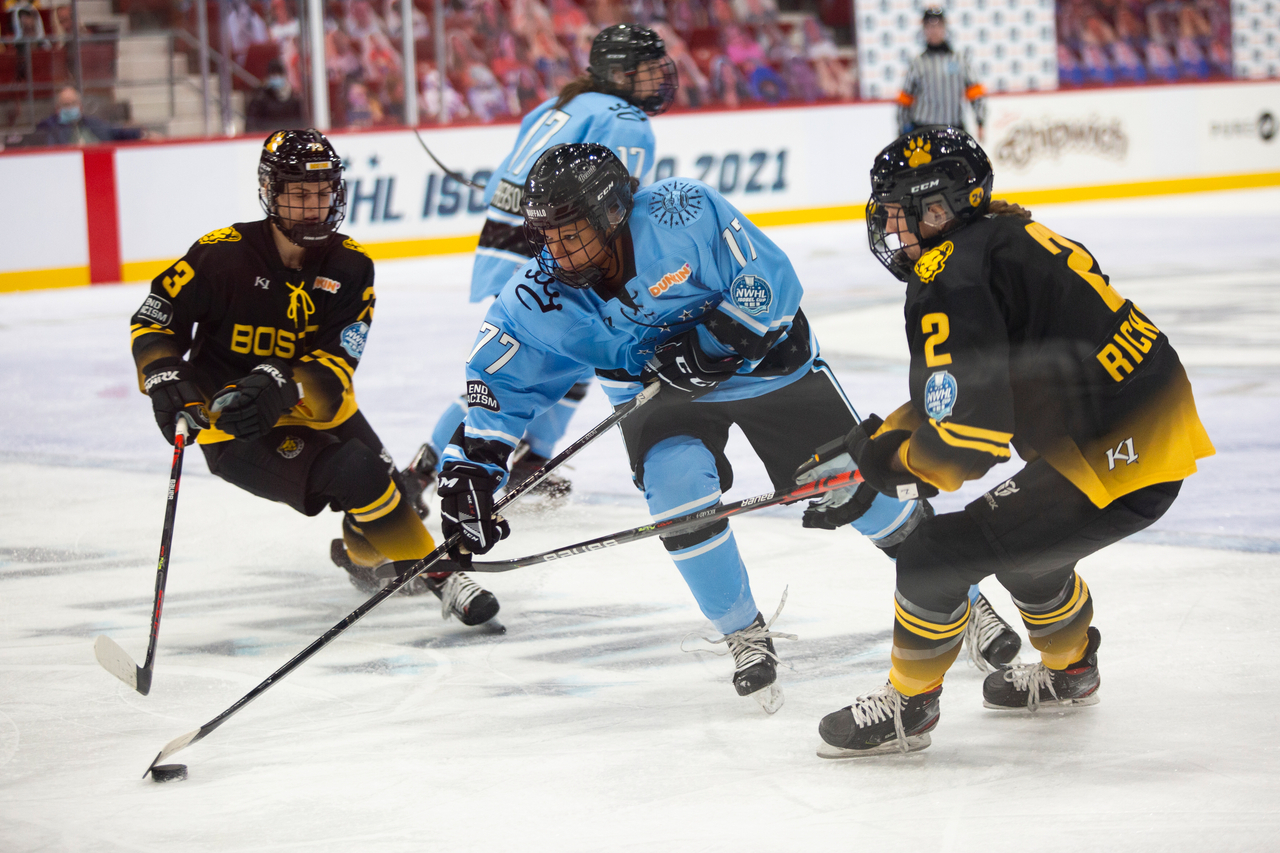 It’s come down to a Game 3 to decide whether Boston or Buffalo will advance to the Isobel Cup playoffs.

After a slow start from both Boston and Buffalo early in the season, both teams have really come into their own at Lake Placid.

The Beauts have stayed the course, relying on spectacular goaltending from Carly Jackson and a team effort from the blue line to earn their first win of the season against Boston in Game 1. Meanwhile, Boston finally seems to have everybody clicking at the right time, putting on a show in Game 2 to claim a 6-0 win.

Who will emerge victorious tonight? Here’s a case for both teams:

On paper, Boston has the speed and the offensive power to overwhelm the Beauts, as seen in Game 2. That said, Boston hasn’t always been able to get that offense going with consistency this season.

Yesterday, the whole team stepped up, with newcomers like Sammy Davis getting on the board along with well-known names like McKenna Brand, Kaleigh Fratkin, and Christina Putigna helping out too.

Fatigue will likely play a factor – both Buffalo and Boston are playing their third game in as many days, which is no easy feat. But if Boston can keep their legs under them and capitalize early in the game, they have a good chance of advancing to the playoffs.

For Boston, their offense is their most lethal weapon. For Buffalo, it’s their defense, and that starts in goal with Jackson.

Jackson got the starts in Games 1 and 2, and head coach Pete Perram confirmed that she’ll be the goalie in net for Game 3 as well. She’s played incredibly well this season, but three starts in three days is a lot, even though backup goalie Caty Flagg gave her a break in the third period yesterday.

The Beauts can be a difficult team to play against, disrupting the flow of play and frustrating their opponents to no end. If they can stick to their game plan for all 60 minutes (and, if necessary, overtime) they could keep up with Boston and clinch the final playoff seed.