TULSA, Okla. – Wichita opened its 2020-21 season with a 3-2 shootout win on Friday night against the Tulsa Oilers at the BOK Center.

The Thunder hopped out to a 2-0 lead with both goals coming in the second, but gave up two in the third. Peter Crinella scored the only goal in the shootout to help preserve the victory while Mitch Gillam was fantastic in net, stopping 39 of 41 shots he faced.

Wichita got on the board first with 12:22 left in the second period. Curran stole the puck at the red line, skated down on a two-on-one and dished it across to Petruic for his first goal as a pro. With 10 seconds to go in the frame, Gennaro raced after a loose puck, got behind the defense and made it 2-0 with a shorthanded marker. 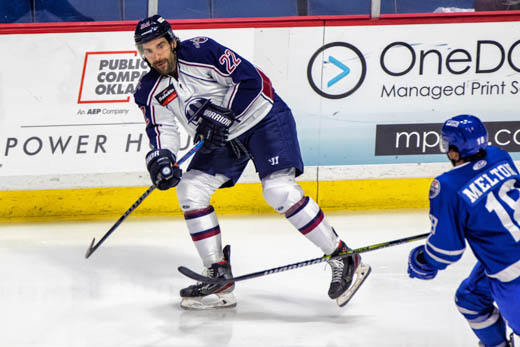 Tulsa cut the lead to one just five minutes into the third as Mike McKee fed a pass to Adam Pleskach near the front of the net and he made it 2-1. Gregg Burmaster tied the game at 12:32 as Darby Llewellyn found him near the crease.

After a scoreless overtime session, Wichita played in its first regulation shootout in over a year. The only goal came from Crinella in round one as he tucked it underneath the bar past Devin Williams. Gillam stopped all three shooters he faced to secure the win. 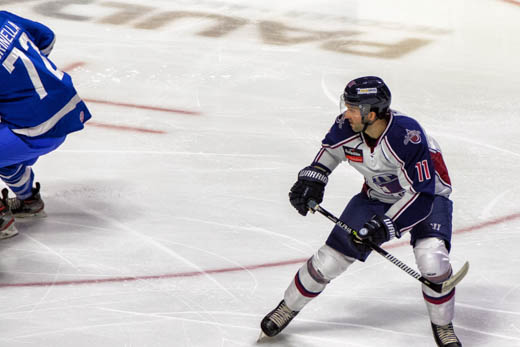 Wichita played in its first shootout since February 20, 2019 in a 3-2 win against Kansas City.

The Thunder are off until December 26 when they will head to Kansas City to face the Mavericks at 7:05 p.m.