Max Pacioretty has not been the subject of trade talks by the Vegas Golden Knights, owner Bill Foley said. 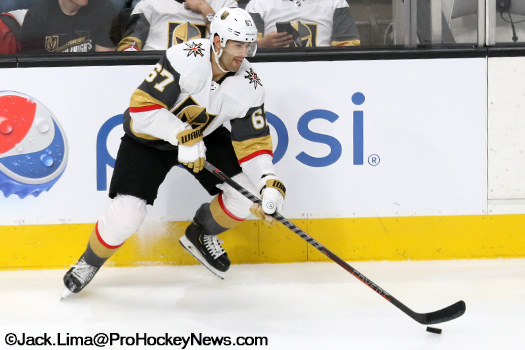 “We’re not shopping [Pacioretty],” Foley told KLAS in Las Vegas on Wednesday. “We are, we do have (NHL salary) cap issues. And so, some of those things have to be resolved as we go forward and we start getting into the season, but he definitely is not being shopped.”

Foley’s comments came after TSN reported that the Golden Knights were trying to gain cap flexibility by trading the 32-year-old forward, who led Vegas in goals (32) and points (66) in 71 games last season. Pacioretty has three seasons remaining on a four-year, $28 million contract (average annual value $7 million) he signed with Vegas on Sept 10, 2018, the day after he was acquired in a trade with the Montreal Canadiens.

The NHL salary cap will remain at $81.5 million for next season. An official start date for the season has not yet been announced.