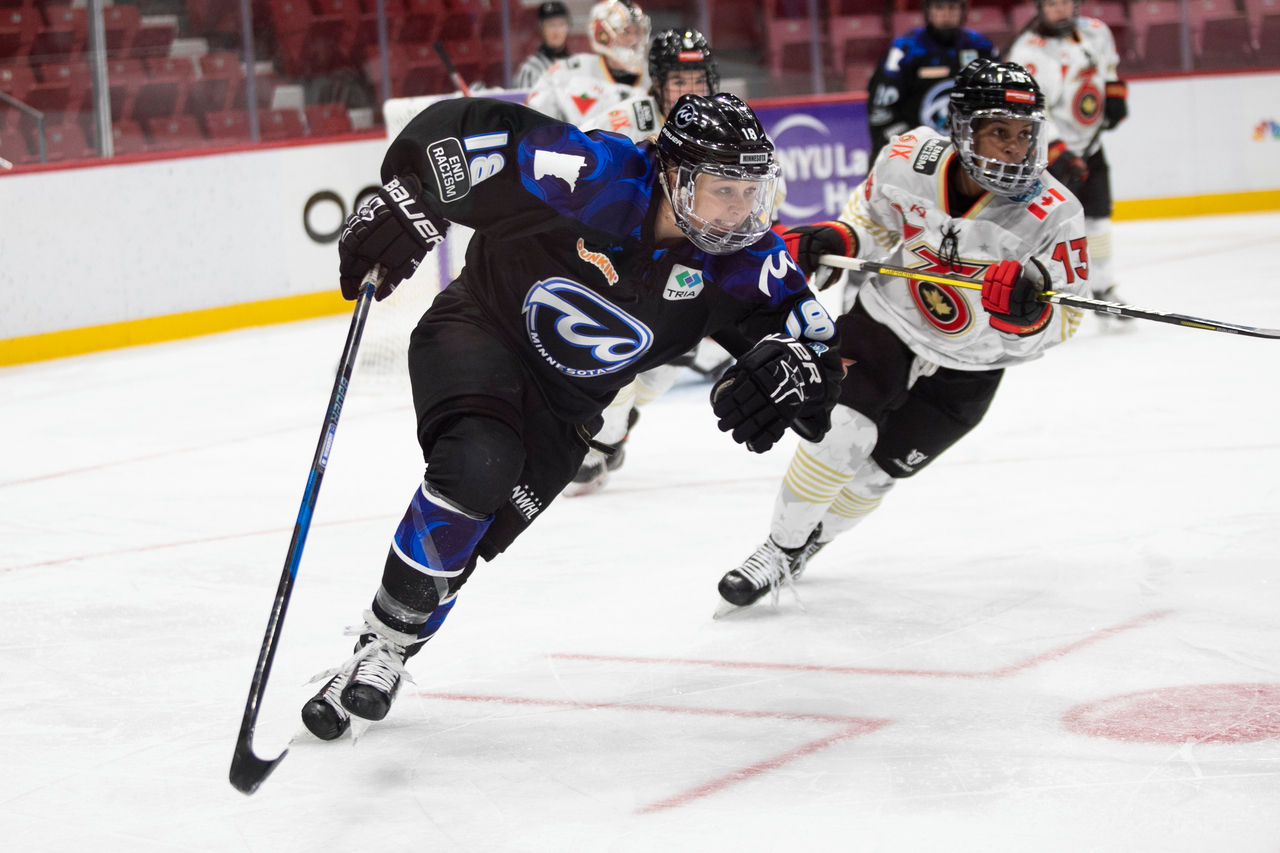 The first game between the Whitecaps and the Six was one for the history books; after Toronto jumped out to a 5-1 lead, Minnesota clawed all the way back to tie the game and forced OT before winning in the shootout in dramatic fashion.

The top three teams have been seeded by their play thus far. Minnesota sits as the top seed with three wins while Toronto finished regulation play third overall, with two wins and a shootout loss. These three teams will play a short round-robin round to re-seed each team heading into the Isobel Cup playoffs, with either Boston or Buffalo playing as the fourth seed.

A rematch between the Whitecaps and the Six should be an excellent start to the round-robin play. Here are some of the storylines heading in to today’s matchups:

In that corner, we have the Whitecaps, who have scored nine goals in three games and allowed just six against, tied with Connecticut for the second-stingiest team in the league. Minnesota’s Amanda Leveille is backstopping one of the league’s best teams defensively. Now that they know what to expect from the Six, expect a stronger defensive effort than their first game against Toronto.

Both teams are also on winning streaks – the Whitecaps have yet to take an L this season, and the Six have won their last two games and hope to keep rolling. Which squad will blink first?

The Whitecaps are the best in the league when it comes to the power play, which is operating with a 23% success rate. If that wasn’t enough, their penalty kill is the best in the NWHL as well, killing off 89% of their opponent’s PPs. (Metropolitan had the edge over them with a 90% success rate before they withdrew from the season).

In Minnesota’s first game against Toronto, they scored twice on the power play and added a shorthanded goal for good measure. They’ll be looking to rely on those special teams again in today’s contest, with the hopes that their penalty kill can step up and keep Toronto’s offense at bay.

At this point, it’s a little bit personal. After getting shut out in their first game and then allowing the Whitecaps to come storming back earlier this season, Toronto seems to finally have found their groove, picking up two consecutive wins.

This game could be an effective resilience test for the Six. They’ve shown they can skate, they can score, they can win. But can they stay level-headed against the Whitecaps and pick up the W after a disappointing collapse earlier in the season?

On paper, they should be able to. Toronto has been the chillest team in the bubble, not getting caught up in what-ifs and having fun together in the locker room and on the bench. They don’t take themselves too seriously, and the good vibes may be what Toronto needs to show Minnesota that they can win, too.