In the final game of a triple-header, the Buffalo Beauts and the Connecticut Whale put on a goaltender’s duel of the ages. Buffalo’s Carly Jackson and Connecticut’s Abbie Ives are NWHL rookies, but they put on a spectacular show; Jackson stopped a whopping 42 out of 43 saves, while Ives made 24 stops on 25 shots.

“It’s our first game of the season, we’ve been off the ice for a long time, so we just wanted to get pucks (to the net), make the goalie work. That’s what we did tonight,” said Whale head coach Colton Orr. “The players really did a good job of keeping it simple, understanding what the game plan was, and they really delivered today..”

After a scoreless first period that saw Connecticut outshoot Buffalo 14-5, it was the Whale who got on the board first with a beautiful wrister from Kayla Friesen in the second frame.

The Whale maintained that one-goal lead until late in the third when Buffalo’s Kristin Lewicki finishing off an absolutely gorgeous power-play goal assisted by Alyson Matteau.

From there, Ives and Jackson traded save after save to end regulation, and then kept things scoreless during the four-on-four overtime. That left a shootout to decide the final game of the opening day.

Ives completed her storybook debut by shutting down all three shooters from Buffalo. Katelyn Russ picked up the first and only shootout goal with a beautiful backhander over a sprawling Jackson for the 2-1 win.

Some of the top storylines to come out of this opening day tilt:

Far and away, the story of the evening was the two rookie netminders, Ives and Jackson.

Fans and media alike were surprised when Ives was announced as the starter tonight instead of established NWHL goalie Brooke Wolejko, but Orr said that Ives has been on their radar for a while now.

“With Abbie, she was a prospect we were looking at this summer, and we knew when we got her, we were expecting her to come here and play the way she did, and that’s exactly what she did,” said Orr.

“I was super excited when coach told me yesterday that I was starting, and obviously we’ve been getting prepared for months now, so I felt prepared,” said Ives. “Once the game got going, I settled in and our team was playing really well.”

For the Beauts, Jackson also had a jaw-dropping debut, and though the game went into OT, she wished it could have stretched out a little bit longer.

Honestly, I just wish the game could’ve kept going until we scored,” said Jackson. “It was a little nerve-racking making my debut, but I felt like I settled in after the first five minutes or so… it was a ton of fun, I’m just so happy to be here and so happy to be playing hockey.” 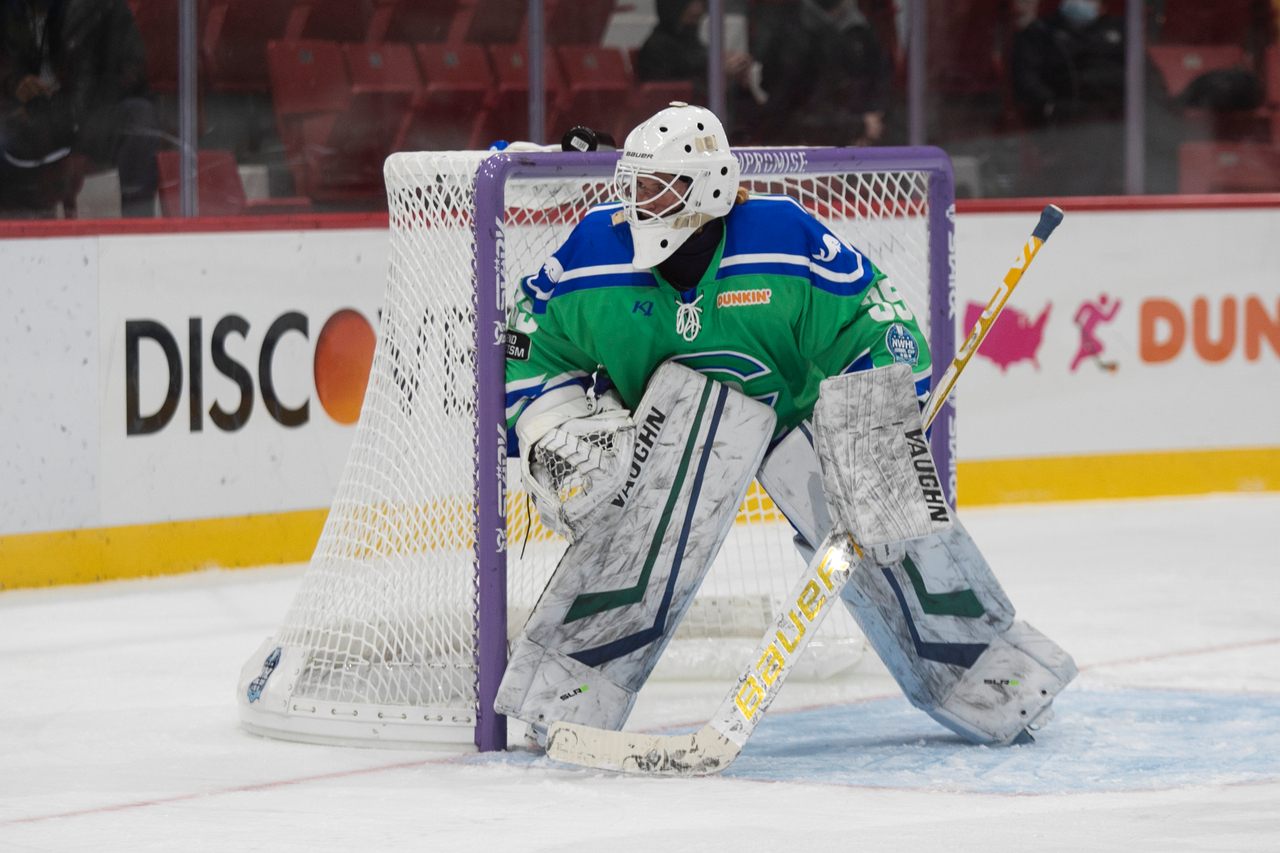 Both Connecticut and Buffalo have had to contend with an influx of new players on their teams. Both squads are doing their best to bridge the gap between the rookies and the veterans.

It hasn’t been easy for either team, but the leadership of both teams, on the ice and behind the bench, are putting in the work to help that chemistry happen.

“When you haven’t had the opportunity to play and literally this is our first game as a group, it takes a lot of effort…the good news is these players are pros,” said Perram. “Our important piece of the puzzle has been developing the culture. Each of these players has come and become a piece of that culture…this is a Beauts hockey team that has already come together and is a family.”

It was a similar story for Connecticut, who echoed Perram’s sentiments about putting in the work to establishing team chemistry. Both Ives and Friesen credited the veterans for helping to ease that transition.

“I think all the veterans have been unreal. Shannon Doyle, our captain, she has a great personality and has gotten to know all the younger players and been super encouraging to us,” said Ives. “It’s an awesome group, and we have a good mix of younger and older players.”

“I think it helps having the vets and young players,” said Friesen. “You never know, when you come into a new team how other people are going to take it, especially with that many new girls, but it’s been awesome.”

For both of these teams, the real tests will come in the coming days. Both are considered to be underdogs going into this season. With one game under their belts, it will be interesting to see how the players keep their composure as the regular season continues.

Things to keep an eye on both goaltenders, Buffalo’s power play, and Connecticut’s offense. The potential is there for the Beauts and the Whale. Now it’s just time to see if they can execute on the ice.