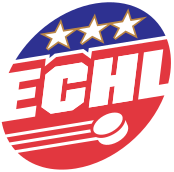 The ECHL field is usually 26 teams deep in a normal season, but it would appear that the 2020-21 season will feature a lot less teams thanks to the current situations that both Canada and the US find themselves in with regards to COVID-19. The Newfoundland Growlers were looking to defend their 2019 Kelly Cup title before they pulled the plug on this upcoming season with the Canada-US border still be closed, and with the 2019-20 season cancelled before the Kelly Cup could be awarded there won’t be a repeat champion this year again assuming the ECHL finishes the 2020-21 season. With the announcement today that three more teams were suspending operations for the 2020-21 season the ECHL’s season will look dramatically different when it gets underway in December.

We have to go back to October 9 when the Atlanta Gladiators were the first ECHL team to say no to a 2020-21 season. Citing a restriction to 25% capacity of the arena, the Gladiators made it very clear that this would affect their bottom line so they made the decision early on not to even attempt to make it work. That left the ECHL with 25 teams to work with for a 2020-21 season.

October 20 saw the Norfolk Admirals follow Atlanta’s lead when they opted out of the 2020-21 season due to Virginia’s mandates on crowd sizes and the growing concerns over the pandemic. Being that the state mandated that the maximum number of fans in the arena could be no more than 1000, the Admirals were faced with a large hole in their budget, and that led to the decision to put the 2020-21 season on hold. With that announcement, the league’s rosted dropped to 24 teams.

One month later on November 18, the ECHL made the decision to suspend the six teams who play in the North Division due to the Canada-US border being closed and the worsening coronavirus statistics in the northeast. The Adirondack Thunder, Brampton Beast, Maine Mariners, Newfoundland Growlers, Reading Royals, and Worcester Railers would all look to return for the 2021-22 season following a winter of no hockey. Clearly, this was a very drastic move by the ECHL, but it localized the remaining 18 teams in the US where travel was still permitted.

And then we hit today, December 6, when three more teams announced that they too will suspend operations for the 2020-21 season as the Cincinnati Stingers, Idado Steelheads, and Kalamazoo Wings all threw in the towel on this upcoming ECHL season. All three cited financial strains and worsening pandemic situations locally to those cities as the reasons for their withdrawal in the 2020-21 season. With those three saying “no thanks”, the ECHL dropped to 15 teams with a potential start to the season sometime next weekend.

I’m not sure about you, readers, but are we seeing a trend here?

Eleven teams have cited both financial strains and pandemic numbers as the reasons for their skipping this season, and we still think that teams traveling across the US will be safe? I have no idea what the plan is from the ECHL, but I’d be curious to see what the response will be if, or rather when, a team experiences a coronavirus positive test whether they be at home or on the road. These are teams who often have razor-thin break-even points in their budgets, meaning that they can’t be dumping large sums of money into testing. How will that be done?

Assuming that the ECHL can somehow avoid positive tests throughout their travels which is very improbable, there also will likely be reduced crowd sizes and social distancing for any fans who are allowed into the arenas. That means less parking revenue, less concession revenue, and less merchandise revenue since teams are budgeting for a specific amount of people each game. Ideally, you wouldn’t like to see any team take losses, but it’s going to happen to the ECHL teams who opted to play since any projected attendance levels for games can likely be tossed out the window.

If there’s one positive to this whole situation, it’s that the NHL and AHL can look at the ECHL to see what works with respect to finances, operations, and gameplay on the ice. It won’t evenbe close to ideal with eleven teams not operating this season, but there might be things that the NHL or AHL sees that they can either use in their own situations or correct before they have their players hit the ice. Besides that, I can’t see any benefit for the ECHL trying to run a season with just fifteen teams participating.

We already saw the QMJHL have to shut down midway through their season after there were hotspots identified in Canada. The US seems far more less interested about identifying any place on a map as a hotspot and shutting things down in that locale, it seems, so it will be interesting to see which teams in the ECHL have to put their seasons on hold first because of a coronavirus outbreak.

That’s not an “if” statement; it’s a “when” statement. It’s going to happen. Let’s just hope that there aren’t any losses seen in the ECHL this season because of COVID-19 and this relentless desire to play a contact sport. All I can wish is that everyone remains safe while doing so.

previous
There Will Be A Season
next
Hockey Blog In Canada: Reality Begins Setting In