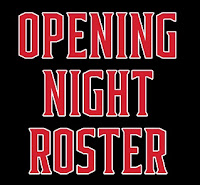 I was doing a little tidying around the home office here at HBIC Headquarters today when I came across a small cardboard box that seemed out of place. Upon digging through some old papers that didn’t seem to have much purpose in being kept, I discovered a lineup card from 2016 when the Winnipeg Jets traveled to St. Paul to play the Minnesota Wild on October 15, 2016. Eric Staal graced the front of the game roster card that night, and it got me thinking that this card was only four seasons old, yet Staal was no longer a member of the Wild despite having some very productive seasons in the green-and-cream jerseys. Just for fun, let’s take a peek at these rosters once more.

I have noted with arrows the players who no longer play for the team in question. Honestly, if you’re thinking there can’t be that many changes for either team, let’s take a peek at these opening night lineups for Minnesota’s first game of the season and Winnipeg’s second games of the season in 2016 by starting with the Minnesota Wild. 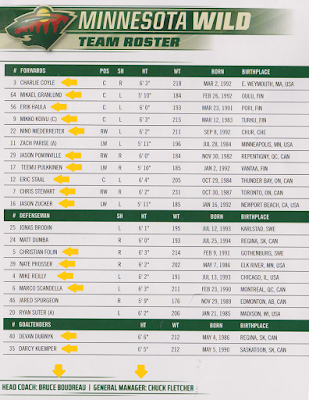 Just five players remain from this team they iced four seasons ago – Zach Parise, Jonas Brodin, Matt Dumba, Jared Spurgeon, and Ryan Suter. The turnover in this roster is rather amazing, and both Bruce Boudreau and Chuck Fletcher are both gone as well due to poor results in the standings and/or poor roster moves. For a team that was trying to rebuild, I’d say that four seasons worth of replacing virtually everyone on the Wild roster would be the very definition of rebuilt. 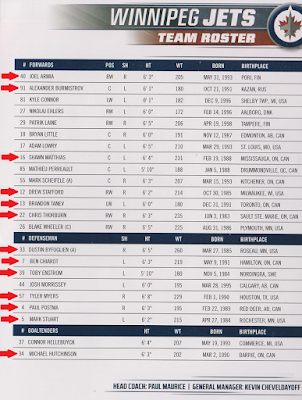 The Jets still have nine players on their roster who took the ice that night in Minnesota, but you can see that they basically scrapped their entire defensive unit outside of Josh Morrissey. You may also notice that Jacob Trouba is not on that lineup, and that’s because he had demanded a trade before sitting out in a contract dispute until November 7, 2016. Honestly, that Jets team looked pretty fearsome with Trouba added to the lineup.

The reality is that the Minnesota Wild finished with a 49-25-8 record in 2016-17 which put them in second-place in the Central Division with 106 points. The Jets, in contrast, finished with a 40-35-7 record which left them in fifth-place in the division and out of the playoffs, seven points back of the Nashville Predators. While the Jets may have looked superior on paper, they lost this game 4-3 to the Wild and didn’t rise above the .500 win percentage mark all season long following this loss.

As the old saying goes, that’s why they play the games! Was there any player who played that night for either team that you had forgotten? Seeing Chris Stewart’s name for the Wild was an “oh yeah!” moment for me as I complete forgot about his stint with the Wild. Does any name do that for you? Leave that name in the comments below!