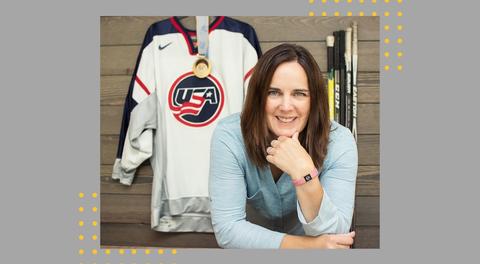 April 19, 2021 (Boston, MA) – The Boston Pride today announced the appointment of Colleen Coyne, a Gold Medalist on the 1998 U.S. Women’s Olympic Hockey Team, to the role of President of the 2021 National Women’s Hockey League champions.

Coyne, a native of Falmouth, Massachusetts joins the Pride with a distinguished playing career. She was an all-league defender at the University of New Hampshire before earning spots on four U.S. Women’s National Teams, competing in three World Championships and anchoring the defense for the U.S. team that won gold in Nagano in 1998. That accomplishment earned her and fellow Massachusetts teammates enshrinement in the state’s Hockey Hall of Fame in 1999, with the entire team honored by the U.S. Hockey Hall of Fame in 2009. In 2005 she was elected to the USA Hockey Board of Directors and has served on the Executive Committee and is a current member of the Women’s National Team Advisory Committee.

“I am thrilled to be joining the Pride at this exciting moment for women’s hockey and the NWHL,” said Coyne. “The staff is world-class and the team is packed with talent. Having just won a second Isobel Cup, expectations are high and I look forward to building on all that momentum as we lay the groundwork for another strong season.”

Beyond her hockey accolades, Coyne brings a wealth of business and marketing experience to the Pride’s front office from

innovative companies including Microsoft, Hubspot, and the DRIVN Coaching Platform.

“Colleen’s experience as both an elite player and business executive makes her an ideal leader for our club,” said Miles Arnone, Chairman of the Pride. “We have ambitious plans to grow and innovate and I look forward to working with her.”

In her role as President, Coyne will oversee business and hockey operations working with Coach Paul Mara and General Manager Karilyn Pilch as the club continues to build strong partnerships with local sponsors and aims to extend the Pride’s winning tradition.

About the Boston Pride

The Boston Pride are a professional women’s ice hockey team based in Boston, Massachusetts, competing in the National Women’s Hockey League (NWHL). The Pride are one of the Founding Four teams that stepped on NWHL ice in 2015 and were crowned the first Isobel Cup champions in 2016. They also became the first team in NWHL history to hoist the Isobel Cup a second time capturing the 2021 title. The team is owned and operated by BTM Partners. Visit pride.nwhl.zone to learn more.