BUFFALO – The Buffalo Beauts have 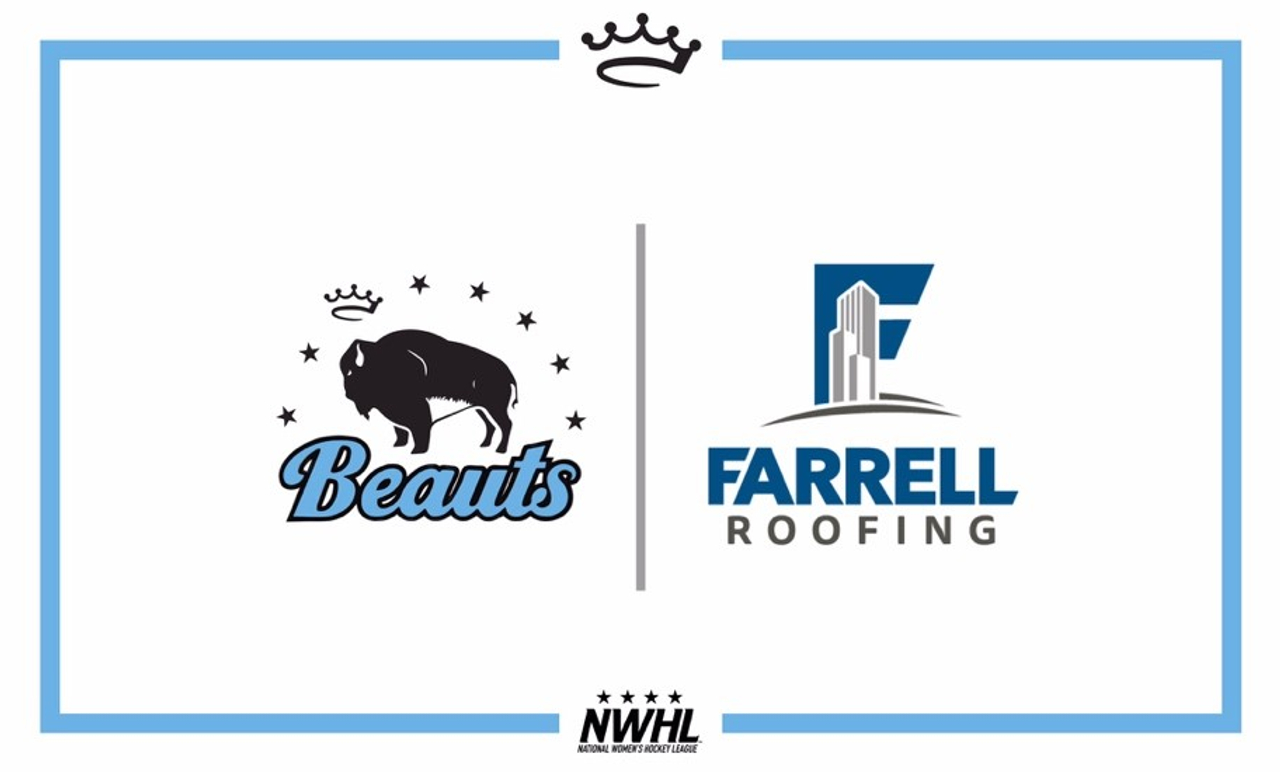 finalized a sponsorship agreement with Farrell Roofing of Dunkirk, New York. Farrell, the Beauts, and the NWHL all follow a very similar mindset when it comes to advancing women.

“At Farrell Roofing, we believe in the empowerment of women,” said Lorie Mets-Herman, Director of Marketing and Business Development and Co-Chairperson of the Upstate New York chapter of National Women in Roofing (NWIR). “As the Founding Chapter of NWIR, we felt that sponsoring the Beauts was the perfect fit for us. We realize that the NWHL will continue to grow and thrive and we wanted to be a part of that – not only to invest in our community but to invest in a fantastic sport that is soaring in popularity for women and girls. We are honored to partner with the NWHL and wish all the teams a safe and successful season!”

The fourth-generation, family-owned roofing company is among the top 5 percent of the safest roofing contractors in the nation. Beginning their business in 1946, Farrell has expanded their operation to nine different offices across four states.

As part of the sponsorship agreement, Farrell Roofing is recognized as an Official Partner of the Buffalo Beauts and an Official Supporter of Women’s and Girls’ Hockey. Additionally, Farrell will receive social media promotion from the Beauts, in-game, and broadcasting promotion, among other assets.

“The Buffalo Beauts are elated to have Farrell Roofing as a sponsor for the upcoming NWHL season,” said Beauts General Manager Nate Oliver. “Farrell’s vision and their commitment to empowering women align with our own. Knowing that Buffalo is the ‘City of Good Neighbors,’ it is even more special to have a key sponsor that is a local business that wholeheartedly believes in our WNY community. This is a fantastic day for the Beauts, and is just the beginning of a true partnership with Farrell Roofing.”