Belleville Mayor Mitch Panciuk was pleased to be joined by Ottawa Senators and Belleville Senators Owner Eugene Melnyk, and President of Business Operations for the Ottawa Senators Anthony LeBlanc for a special online announcement. Following in depth discussions regarding the severe impact the COVID-19 crisis has had on the Hockey Club, the decision was made by City Council to modify the initial signed agreement between the two parties. 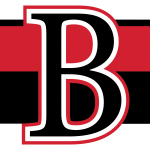 The league was initially on pause in alignment with the government COVID-19 restrictions. They waited, hoping to be able to return to the ice and complete their season.  In May, still seeing no indication that circumstances would change in time to let the teams complete their season, the American Hockey League (AHL) made the decision to cancel the league’s schedule and playoffs.

Appreciating the challenges the Belleville Senators have been confronted with, the City has executed a Letter of Intent with the Belleville Senators and Mr. Eugene Melnyk.  Steps will be taken to amend the Lease and License Agreement, dated Sept.  26, 2016, along with other guarantees and agreements to assist the Hockey Club during the COVID-19 crisis.

Essentially, the City has deferred all payments, interest calculation and the free-rent period for a full 16 months to the end of the presumed 2021 season. This will result in the pushing back of the commencement date of rent and principal repayments during a time that the Hockey Club attendance is negatively impacted. In addition, both parties have agreed to extend the term of the original Lease and License agreement to June 30, 2027 which is an additional 22 months longer than was contemplated in the negotiated first lease term while maintaining the renewal option.

“A key part of the original business plan in bringing an American Hockey League team to Belleville was to provide them time to build up their operations and on-ice talent,” said Mayor Mitch Panciuk.  “The City invested in the facility while Mr. Melnyk invested in the team and part of our investment was in providing a period of free rent and a repayment term on a secured loan. The AHL depends on attendance revenue to fund the operation of their teams and COVID-19 brought an abrupt halt to this. We have agreed to assist the team with their cash flow by making sure our original investment is preserved for the benefit of the Belleville Senators. While we do not know exactly when the league will resume operations, the City of Belleville and our City Council are committed to making sure the Belleville Senators will be here.”

“We are very thankful for the leadership provided by Mayor Mitch Panciuk and the support of the City Council during these unprecedented and challenging times for our sport and community,” said Ottawa and Belleville Senators owner Eugene Melnyk. “We have enjoyed a tremendous relationship with the City of Belleville and our great fans, and we’re excited to extend our partnership for years to come.”

“Our affiliation agreement with the City of Belleville and with CAA Arena is one that has proven very beneficial to us,” said Ottawa Senators General Manager Pierre Dorion. “The city’s proximity to Ottawa, a facility renovation that provides many modern amenities to both our players and staff, and a fan base that is enthusiastic for its team’s success, have all helped make this extension an easy one from a hockey operations’ standpoint.”

In March 2020 the Belleville Senators were a very entertaining and highly competitive Hockey Club. The excitement was building and the Belleville community was caught up in the enthusiasm. Residents are eager to resume that momentum and are waiting for the COVID-19 restrictions to be lifted so they can return to their arena seats once again.