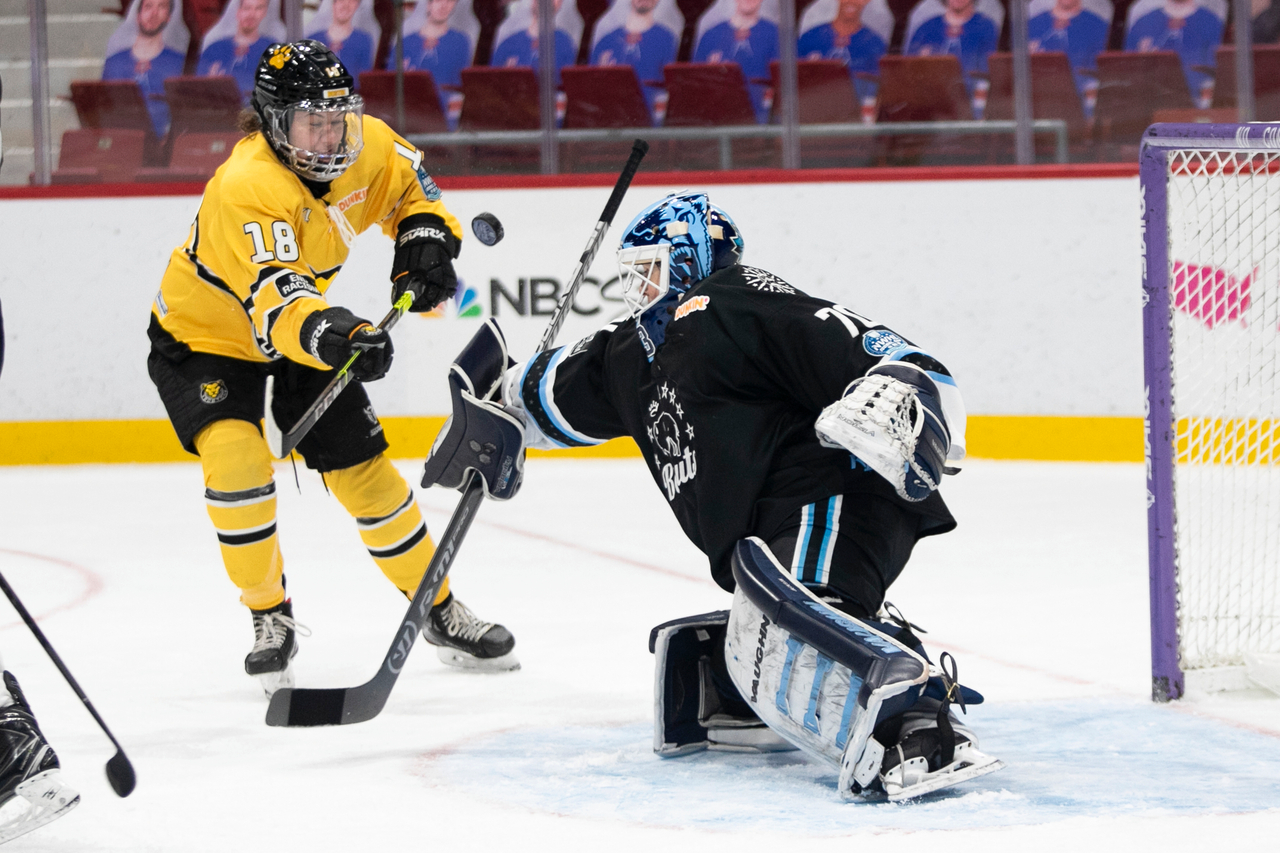 The Pride skated to a Game 3 victory against the Beauts on Monday night, but a late development means that both Buffalo and Boston will advance to the Isobel Cup playoffs.

The Connecticut Whale, originally slated to play the Minnesota Whitecaps earlier that day, forfeited their match and withdrew from the Isobel Cup playoffs. Boston’s win today nets them the No. 3 spot in the playoffs, and Buffalo is seeded fourth. The Pride will play the Whitecaps in the semifinals, while the Beauts will face the Six for a chance at the Final.

Despite the fact that this was no longer an elimination game, Boston kept their foot on the gas the whole night. They got off to an early lead thanks to Sammy Davis netting her third goal of the season with just over nine minutes left in the first period. A minute later, Jillian Dempsey made it 2-0 on the power play, and Davis struck again off of a beautiful pass from Kaleigh Fratkin to send the Pride into intermission leading 3-0.

Buffalo looked like they had a chance to get back into the game in the second period, when Kristin Lewicki sniped a puck past Selander that wasn’t called a goal at first. After the referees conferred, the Beauts were awarded the tally and pulled within two.

But Boston slammed the door quickly, with Meghara McManus skating into the slot and sniping a shot past Carly Jackson to make it 4-1.

Lexie Laing picked up a shorthanded goal, Mallory Souliotis snagged another one on a power play and Meaghan Richard scored in the third period for a final score of 7-1. Jackson made 31 saves for Buffalo in net.

While the result tonight wasn’t what the Beauts hoped for, they’re grateful at getting a second chance to earn a spot in the Isobel Cup Final.

“The reality is that we were up against a very, very skilled [team] and we’re going to be up against another very skilled hockey team. So we’ll take what we experienced against Boston, we’ll do some evaluation, we have a couple of days to regroup. We’ll spend some time closing some of those gaps we had tonight,” said head coach Pete Perram. “We’ll be back, and we’ll be ready on Thursday.”

Though the Pride didn’t know about the change in game status until postgame, they’re still very much focused on the same goal they had coming into the bubble – winning the Isobel Cup.

“We’re just focused on our game, and playing the way we can,” said McManus.