July 15, 2021 (Brooklyn, N.Y.) – The National Women’s Hockey League today announced the addition of two coach and player development leaders to a pair of new positions that will enhance the league’s hockey operations department. Bill Flanagan has been appointed Director of Scouting (USA) and Ken Dufton will serve in the role of Director of Scouting (Canada).

Flanagan and Dufton will be responsible for scouting collegiate talent competing across NCAA and U SPORTS. They will provide reports on prospective players and help establish rankings that will assist the league and teams prepare for the annual NWHL Draft and evaluate free agent profiles.

“It’s important for the NWHL to continue growing the areas of scouting and player development and the addition of Bill and Ken to our team demonstrates our commitment to this goal,” said NWHL Commissioner Tyler Tumminia. “Both Bill and Ken have been involved at the highest levels of hockey and know the women’s game extremely well. Their knowledge and experience will be valuable resources to help our teams and support Lisa Haley, our Senior Vice President of Hockey Operations.”

Flanagan has coached for over 28 years and has been recognized as one of the best developers of junior hockey players helping over 200 athletes achieve NCAA scholarships. He was instrumental in developing the Northern Cyclones based in Hudson, New Hampshire since 2004, and is the current owner of the youth and junior programs as well as Cyclones Arena where he serves as head coach of the NCDC team. His most recent experience in women’s hockey was serving as a coach and general manager of the PWHPA’s New Hampshire region. His daughter, Kali Flanagan, won Olympic gold in 2018 and is one of 27 players invited to the U.S. Women’s National Team Residency Program.

“My main mission is to assist in making women’s professional hockey for all present and aspiring players comparable to what men have available,” said Flanagan. “I believe the NWHL, with strong team ownership and a tremendously talented commissioner, is the platform to make this happen. “I am excited for the opportunity to be involved.” 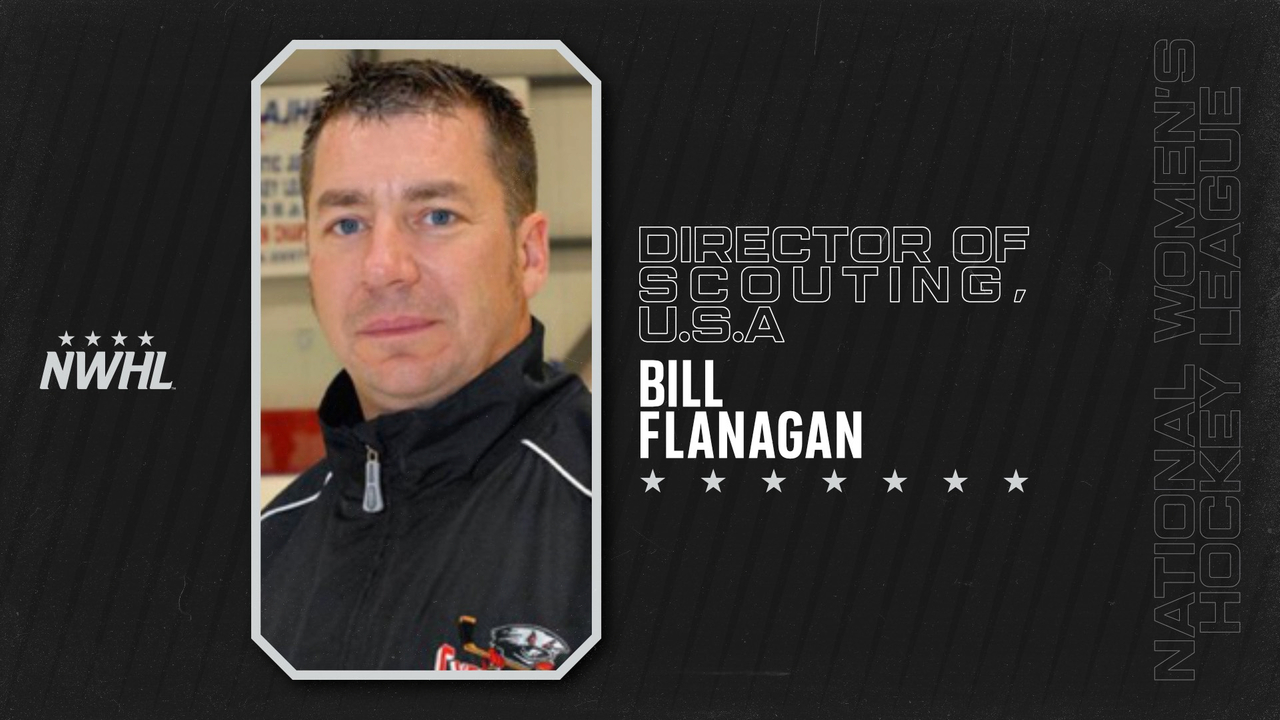 Dufton has over 36 years of coaching experience and is considered one of the pioneers for the growth and development of women’s hockey in the Greater Toronto Area. He’s long been behind the bench as part of the Toronto Aeros Girls Hockey Association and for the past seven seasons has been an assistant coach of the Ryerson University Rams Women’s Hockey program. He led Team Ontario Red to a gold medal at the first U18 National Championship in 1993, then won two gold medals at the IIHF Women’s World Championship serving as an assistant coach with Canada’s National Women’s Team in 1999 and 2004. Dufton also spent the 2018-19 season as an advisor for the Toronto Furies of the CWHL.

“I am really looking forward to working with the league and helping the growth of the NWHL in any way I can,” said Dufton. “Women’s hockey has been a passion of mine throughout my career and the opportunity to help strengthen the game at the professional level is an exciting opportunity.” 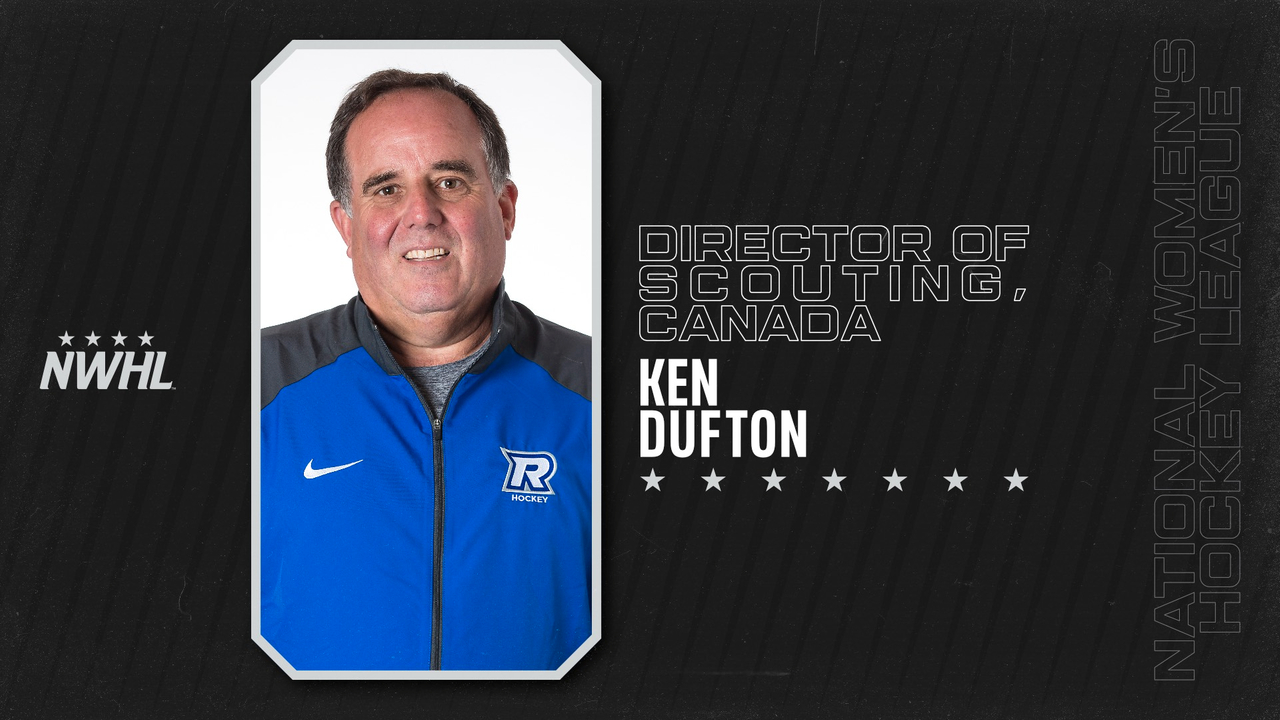 The 2021 NWHL Draft was held on June 29 where 30 players were selected and announced live on Twitch for the first time in league history. Coming up on July 25 another six players will be introduced in the inaugural International Draft. The league also recently announced a new series of virtual Town Hall meetings for prospective players to learn more about the NWHL and professional women’s hockey. The first session took place on Tuesday, July 13 with the second one scheduled for Wednesday, July 28 at 8:00 p.m. ET. Registration for the free event is available online here.