The National Hockey League’s 2021 season is still not a reality.  There is plenty of paint in the tubes that needs to be splashed on the canvas. 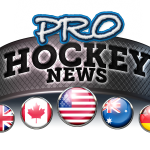 On Tuesday, one bit of news was worth putting to keyboard.

NHL Commissioner Gary Bettman confirmed that an all Canada Division will part of the temporary solution to the SARS-COV-2 pandemic.

New Year’s Day has been the desired start date for the new season, but that seems overly optimistic given the spread of the SARS-COV-2 virus across the United States.

Bettman was interviewed, on Tuesday, on The Maccabi USA Sports Show.

“There are a lot of things we have to do to return to play,” Commissioner Bettman said. “For us to return to play, we’re not going to play 82 games, obviously, and we have travel issues because of the restrictions at the border between Canada and the U.S. You can’t go back and forth, so we’re actually going to have to realign.

“If everything stays the way it is, we’re probably going to have to have a Canadian division and realign in the U.S., and we’re trying to focus on dealing with all of those challenges.”

With the Canadian response to the pandemic having better outcomes thus far, an all Canada NHL Division would seemingly mean a complete season for that Division; however a “complete” season is eventually defined.  Divisions based in the US have not been defined and number of games in the schedule have not been decided.

“We’re still a work in progress,” Commissioner Bettman said. “There’s much to be determined.”

This new season will be the bridge between the COVID19 shut down season and a more normal 2021-22 season.

A SARS-COV-2 vaccine is nearing approval from the US federal government, and a real impact is anticipated in the late spring of 2021.