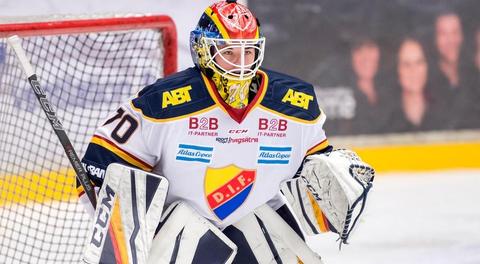 “Our goal is to make the International Draft a staple on our off-season calendar to help extend the NWHL’s reach beyond North America,” said NWHL Commissioner Tyler Tumminia. “This is important for strengthening professional women’s hockey and developing role models who may inspire youth from around the world to pursue their dreams. To the players selected, we are proud to introduce you today and celebrate the growth of our NWHL family. I wish you all congratulations and best of luck in the next step of your hockey careers.”

The Buffalo Beauts made the historic first overall pick in the very first NWHL International Draft and selected Swedish goaltender Lovisa Berndtsson. The 32-year-old from Stockholm has played the past six seasons with Djurgårdens IF in the SDHL and posted a 1.96 goals-against-average and .903 save percentage in 22 appearances during the 2020-21 campaign.

“I feel very excited about going to Buffalo to continue my career,” Berndtsson said. “I’m looking forward to stepping onto the ice with my new teammates, to get to know them all, and to compete together. It means a lot to me that the Beauts wanted to give me this opportunity. I feel honored and proud to represent the Buffalo Beauts, and I can’t wait to wear the Beauts colors.”

Berndtsson could become the third player from Sweden to compete in the NWHL and second goaltender following Lovisa Selander who earned Goaltender of the Year honors as a newcomer in 2019-20 then hoisted the Isobel Cup with Boston this past season.

“Lollo is someone whom we’ve had our eye on for quite some time,” said Beauts GM Nate Oliver. “I’ve known her for about two years now, and it was just waiting for the right set of circumstances in her career where she was open to jumping over to North America and the NWHL. Now is the right time, and it’s a great opportunity to select her. Lollo is an elite netminder who is a competitor in every sense of the word. She backstopped Djurgårdens to the SDHL championship in 2017 and played at the Women’s Worlds for the Swedish Women’s National Team that same year too. An opportunity to add a veteran goalie of her caliber rarely comes along. We’re excited to see how Lollo’s enthusiasm and professionalism combine with that of CJ’s and Caty Flagg’s. The Beauts’ goal crease with that trio is totally set now.”

With the second overall pick the Connecticut Whale selected Japanese forward Tsubasa Sato who is the captain of the Karuizawa Fairies. She famously raised awareness for women’s hockey as one of the stars on the popular Japanese Reality TV program Terrace House: Opening New Doors. The 28-year-old amassed nine points in seven games last season and could become just the second Japanese player to compete in the NWHL following goaltender Nana Fujimoto who was a member of the Riveters during the league’s debut season.

“The Connecticut Whale are excited to be drafting Tsubasa Sato from Japan,” said Whale GM Alexis Moed. “Drafting players from abroad speaks to the growth and development the league and individual teams have experienced over the past six seasons. We are happy to provide opportunity and realize the benefits the International Draft provides the Whale in building a strong future.”

2014 Olympic bronze medalist Evelina Raselli was chosen third overall by the Boston Pride and could become the first player from Switzerland to compete in the NWHL. The 29-year-old forward also won bronze at the 2012 IIHF World Women’s Championship and is a five-time SWHL A Champion including 2020-21 with Ladies Team Lugano where she scored 33 points in 20 regular season games.

“Réka is a young experienced forward with a great resume,” said Six President Digit Murphy. “At just 24-years-old she already has nine professional seasons under her belt in the EWHL and countless appearances for the Hungarian National Team. Dabasi is a proven winner with a great track record of success, is a great leader on the ice and off the ice, and is always ready to play. She is a team player who never has trouble finding ways to produce offensively.”

Romana Košecká was selected fifth overall by the Metropolitan Riveters from SKP Bratislava where she recorded four points in five games playing in her fifth EWHL season over the past seven years. Over her career the 22-year-old Slovakian forward has helped her country win three medals in Under-18 competition and two golds in the IIHF Division IB World Championship counting 2015 and 2017. The league’s first two Slovakian players both competed last season for the Beauts in defender Lenka Čurmová and forward Iveta Klimášová.

“The International Draft is an innovative and exciting way to reach the bounds of women’s professional hockey beyond just North America,” said Riveters GM Anya Packer. “Romana is a consummate goal scorer and will add depth to our roster. After two seasons averaging a point-per-game, I am hugely excited to welcome her firepower to our lineup. Welcome Romana, you have earned it.”

The sixth and final pick was made by the Minnesota Whitecaps who selected Hungarian forward Fanni Gasparics. The 26-year-old won a EWHL title playing alongside Dabasi in 2019 before joining MAC Budapest for the last two seasons leading the entire league in 2019-20 scoring with 46 points in 18 games. She also played with Dabasi at the 2018 and 2019 IIHF Division IA World Championships winning bronze and gold while leading both tournaments in scoring and earning Best Forward honors. Both Gasparics and Dabasi could become the first players from Hungary to compete in the NWHL.

“There is a lot of great talent in women’s hockey,” said Whitecaps GM and co-head coach Jack Brodt. “This draft provides another opportunity to highlight just how many incredible athletes there are across the world.”

A full replay of the 2021 NWHL International Draft Show can be viewed at twitch.tv/NWHL.