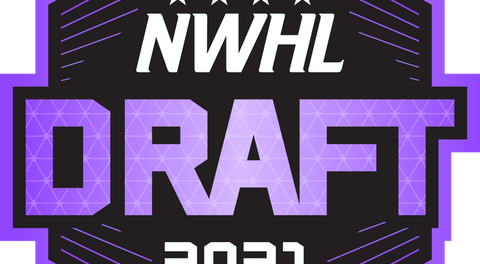 April 26, 2021 (Brooklyn, N.Y.) – The National Women’s Hockey League today announced details for the 2021 NWHL Draft where the next wave of professional women’s hockey talent will be introduced on Tuesday, June 29. For the first time in league history, all 30 picks across the five-round selection process will be presented live via Twitch online at twitch.tv/NWHL beginning at 7:00 p.m. ET.

“The NWHL Draft is a special time for aspiring professional women’s hockey players to be recognized for their achievements and to take an important step forward in their careers,” said Lisa Haley, the NWHL’s Senior Vice-President of Hockey Operations. “It’s also an exciting opportunity for our teams to build towards upcoming seasons and for fans to get to know the future stars of the league.”

The draft is open to all NCAA and U SPORTS players who have consumed all of their post-secondary athletic eligibility OR players graduating from a University or other comparable educational institute resulting in a Degree or Certification acknowledged in the United States or Canada.

Players who are eligible for the NWHL Draft are ineligible to sign as free agents until the completion of the selection process. Teams will have a two-week window to exclusively sign their picks to contracts for the 2021-22 season before any selected and unsigned players become eligible for free agency on July 14.

Prospective players for draft consideration may register at nwhl.zone/draft.

The order of selection among the league’s six current teams has been determined using an inverse rank of winning percentages from the entire 2020-21 season considering all games played in Lake Placid and Boston. Any ties were decided by goal-differential.

The Toronto Six currently own the first round picks of the Riveters and Pride as well as Boston’s second round pick as a result of season six transactions.

The order of selection remains subject to change prior to the opening of the draft as teams have the opportunity to complete trades.

Players who have already graduated or have used up their collegiate eligibility at least one year before the draft are considered free agents, as are international players who are at least 21 years of age on or before September 1, 2021, and have not consumed any eligibility at the NCAA and U SPORTS level.

NWHL teams have the exclusive right to re-sign any of their currently rostered players up until May 15 at 5:00 p.m. ET at which time the unrestricted free agency period begins and any player that is not eligible for the draft may sign a contract for the 2021-22 season.

Prospective players for free agent consideration may register at nwhl.zone/freeagency.

Last season the Boston Pride used the first overall pick, acquired in a trade with the expansion Toronto Six, to select forward Sammy Davis from the Boston University Terriers. Davis is a finalist for the league’s Newcomer of the Year award along with third overall pick Carly Jackson of the Buffalo Beauts and 23rd overall pick Haley Mack of the Minnesota Whitecaps. Saroya Tinker of the Metropolitan Riveters is also among 2020 draft picks who are finalists for NWHL Awards to be announced Wednesday, April 28 live on Twitch as the fourth overall pick is in contention for the league’s Denna Laing Award.

All picks in the 2020 NWHL Draft were unveiled on social media and announced by special guests representing a variety of media, team, athletic, entrepreneurial, and healthcare sectors.